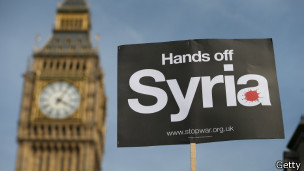 Taming a Revolt: How the 1963 March on Washington Was Fundamentally Changed

Howard Zinn, in A People's History of the United States, describes the turmoil which existed in the summer of 1963:

"Congress began reacting to the black revolt, the turmoil, the world publicity.  Civil rights laws were passed in 1957, 1960, and 1964.  They promised much, on voting equality, on employment equality, but were enforced poorly or ignored.

The federal government was trying -- without making fundamental changes -- to control an explosive situation, to channel anger into the traditional cooling mechanism of the ballot box, the polite petition, the officially endorsed quiet gathering."

Malcolm X:  "The Negroes were out there in the streets.  They were talking about how they were going to march on Washington, march on the Senate, march on the White House, march on the Congress, and tie it up, bring it to a halt, not let the government proceed...It was grass roots out there in the street.  It scared the white man to death....When they found out that this black steamroller was going to come down on the capitol, they called in ... these national Negro leaders that you respect and told them, "Call it off,"  Kennedy said.  "Look you all are letting things go too far."... This is what they did with the march on Washington.  They joined it...became part of it...took it over...It ceased to be angry.  It ceased to be uncompromising.... It was a sellout.  It was a takeover."

"The accuracy of Malcolm X's caustic description of the march on Washington is corroborated in the description from the other side -- from the Establishment, by White House adviser Arthur Schlesinger, in his book "A Thousand Days."  He tells how Kennedy met with the civil rights leaders and said the march would "créate an atmosphere of instability" just when Congress was considering civil rights bills.... Schlesinger says:  'The conference with the president did persuade the civil rights leaders that they should not lay siege to Capitol Hill.'  Schlesinger describes the Washington march admiringly and then concludes:  'So in 1963 Kennedy moved to incorpórate the Negro revolution into the democratic coalition....'"
Publicado por Jean Durel en 8:09 AM 0 comentarios

Three Movies That Help Us Plumb the Depths of Racism

Katty Huánuco, CCVI is currently in St. Louis, MO where she is participating in an intensive English program.  One of her recent assignments was to interview people on movies they had seen.  As I responded to her questions, I suddenly realized that three very different movies in the past year have had a profound impact on me and that all of them dealt with our country's history of slavery and racism.

I grew up in New Orleans, LA during the time of segregation, and two of the movies were a sober reminder of what blacks endured in those years.  Yet in spite of the historic 1963 March on Washington and the current March on Washington, racism continues to permeate our society.  Just this evening a local news station in St. Louis reported that a hate note containing racial slurs and death threats was placed in the mailbox of a black family that had just moved into a local neighborhood.

The movies that I think have the potential to raise our awareness of racism, not only in the past but also in the present, are:

THE BUTLER is a historical novel based on the life of Cecil Gaines who served eight presidents during his tenure as a Butler at the White House.

42 is the story of Jackie Robinson, the first black baseball player.

LINCOLN is the story of the last four months of Lincoln's life and his efforts to achieve passage of the 13th amendment to the constitution to forever ban slavery.

The Misremembering of "I Have a Dream"

From www.thenation.com:  The Misremembering of "I Have a Dream" by Gary Younge 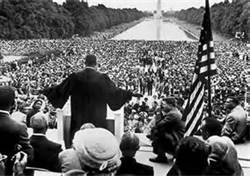 Half a century after the March on Washington and the famous “I Have a Dream” speech, the event has been neatly folded into America’s patriotic mythology. Relatively few people know or recall that the Kennedy administration tried to get organizers to call it off; that the FBI tried to dissuade people from coming; that racist senators tried to discredit the leaders; that twice as many Americans had an unfavorable view of the march as a favorable one. Instead, it is hailed not as a dramatic moment of mass, multiracial dissidence, but as a jamboree in Benetton Technicolor, exemplifying the nation’s unrelenting progress toward its founding ideals.

Central to that repackaging of history is the misremembering of King’s speech. It has been cast not as a searing indictment of American racism that still exists, but as an eloquent period piece articulating the travails of a bygone era.  READ MORE
Publicado por Jean Durel en 11:13 PM 0 comentarios 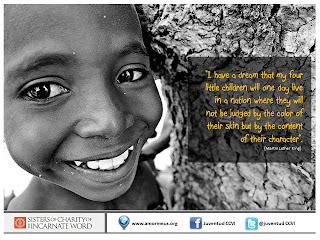 A march and rally marking the 50th anniversary of Rev. Martin Luther King Jr.'s March on Washington starts at 9 a.m. Wednesday on Capitol Hill, beginning a day of events recalling the historic 1963 civil-rights demonstration.
The march along a 1.6-mile route downtown will pass several buildings with significance for the civil-rights era, including the Justice Department, U.S. Courthouse, Department of Labor and Washington Monument. The procession, to be led by a restored 1960s-era bus like that used by civil-rights activists the Freedom Riders, is expected to draw upward of 100,000 participants. The original march, which demanded jobs and equal rights for blacks, drew about 250,000. More 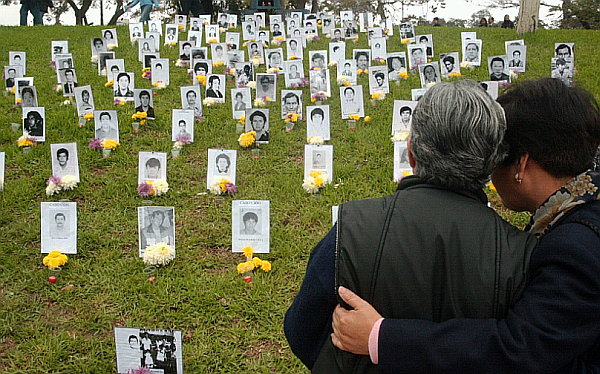 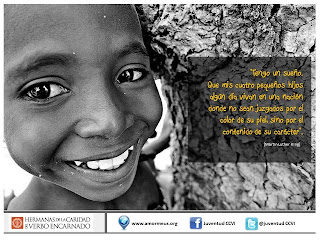 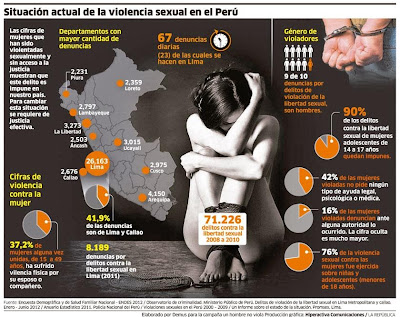 Calls for Equality and Justice 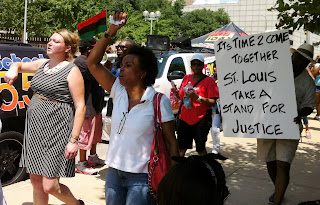 In St. Louis, MO hundreds of people gathered at the Thomas F. Eagleton Courthouse.  One of the speakers, Dr. Robert C. Scott, pastor of Central Baptist Church, said, "There are still segments of the population where the life of a black man doesn't mean a thing."  He urged participants to demand justice and to do four specific things: 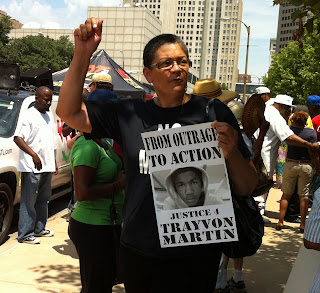 1)  Join a progressive organization
2)  Vote
3)  Use the power of an economic consumer boycott
4)  End pólice brutality.

CLICK HERE to read a powerful letter to Zimmerman:  "You are now going to feel what it's like to be black in America"

The letter was first posted on Facebook by Alex Fraser, a young black man.  It was later posted on www.dailykos.com, the link used here, where it takes on an even greater scope.  Be sure to read the one sentence following the letter.  What does it say about our society?

Remembering Hiroshima and Nagasaki: the importance of peace 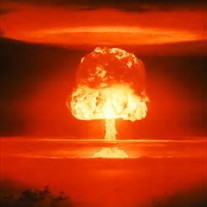 Reflections of Fr. John Dear, S.J.:  Tuesday, August 6, "marks the 68th anniversary of the U.S. atomic bombing of Hiroshima, and Friday is the Nagasaki anniversary. These dates invite us to reflect on the "normalcy" of our culture of death and how much we fit into it. Do we want to be like the suburban people of Dachau or Los Alamos, or can we peacefully say no to the culture of death, try to help each other wake up to the fullness of life, and turn to the God of peace for the gift of nuclear disarmament?"

¡No a la violencia!