We know that many of you also participated in the catholic climate movement's petition by adding your own signature and collecting others.  Thanks to Catholics like you, over 840,000 signatures were delivered by Cardinal Hummes to the Paris Climate Summit on Saturday.
The Catholic signatures were added to a global counter of over 1,780,000, joining the signatures of ACT Alliance, Religions for Peace and Our Voices. The interfaith event was a joyful and exciting celebration and call to action (here‘s a wonderful summary of the event). The petition signatures were received by Christina Figueres, Executive Secretary of the U.N. Climate Change Secretariat, and Nicolas Hulot, Special Envoy of the French President for the Protection of the Planet.
Read more here: http://catholicclimatemovement.global/cardinal-hummes-delivers-840000-catholic-climate-signatures/#sthash.8HMBUg3J.dpuf
Publicado por Oficina JPIC CCVI en 6:08 PM 1 comentarios

Today marks the beginning of the Global Climate Summit being held in Paris, France; where for the next 11 days presidents of over 150 countries will discuss global climate change: how to slow it down, curb its impact, and combat the consequences which are already being felt around the world.

Here are the opening remarks from the Presidents of the United States, Mexico, and Peru (taken from http://www.theguardian.com/environment/blog/live/2015/nov/30/paris-climate-summit-world-leaders-meet-for-opening-day-live​):

Video of President Barack Obama: https://youtu.be/qz3FJCL2qlk
"Nearly 200 nations have assembled here this week -- a declaration that for all the challenges we face, the growing threat of climate change could define the contours of this century more dramatically than any other.  What should give us hope that this is a turning point, that this is the moment we finally determined we would save our planet, is the fact that our nations share a sense of urgency about this challenge and a growing realization that it is within our power to do something about it.  Our understanding of the ways human beings disrupt the climate advances by the day.  Fourteen of the fifteen warmest years on record have occurred since the year 2000 -- and 2015 is on pace to be the warmest year of all.  No nation -- large or small, wealthy or poor -- is immune to what this means.  I’ve come here personally, as the leader of the world’s largest economy and the second-largest emitter, to say that the United States of America not only recognizes our role in creating this problem, we embrace our responsibility to do something about it."​

Mexican President Enrique Peña Nieto:
Paris “must be a watershed for the world” says Mexico’s president, Enrique Peña Nieto. The world must unite for a climate deal, he adds.Today we note with enthusiasm the political commitment of 180 countries, he says, in reference to the climate plans put forward already. “Let us understand in COP21 we are deciding what quality of life we want for the 21st century,” he says, signing off.

Peruvian President Ollanta Humala:
Peruvian President Ollanta Humala stressed that the agreement must contain "firm commitments" and be "operational".
"We are aware of the enormous significance and the confidence placed in us by humanity to reach agreements that honor human advancement in a sustainable way," said the president.
"We can not afford to fail in this conference, so give instructions to your negotiators to act responsibly and effectively," said Humala, addressing the 150 heads of state attending the summit on climate change.
Finally, he explained that the agreement emanating from COP21 must contain provisions granting flexibility to developing countries, progressive mitigation measures and launch a genuine process of international cooperation for improving climate adaptation and resilience.  Similarly, he said the agreement should include commitments to increase climate finance and technology transfers.
Publicado por Oficina JPIC CCVI en 5:48 PM 0 comentarios 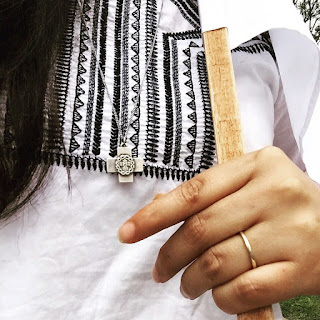 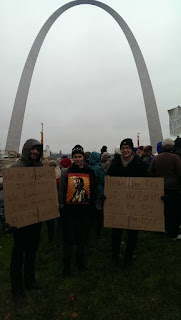 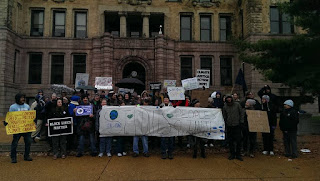 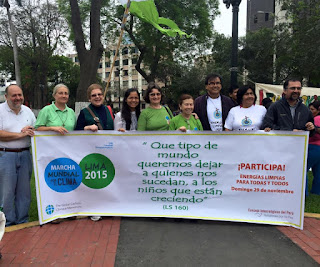 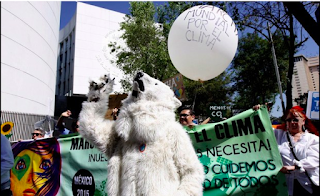 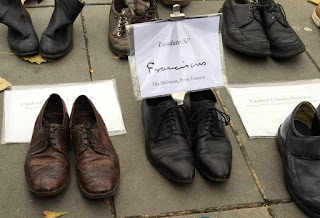 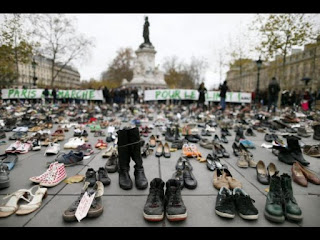 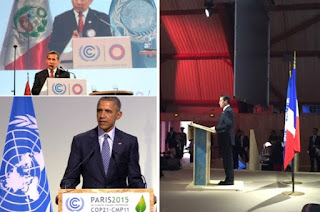