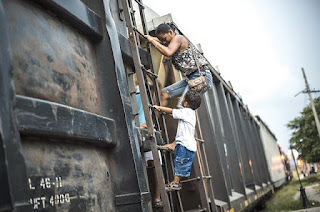 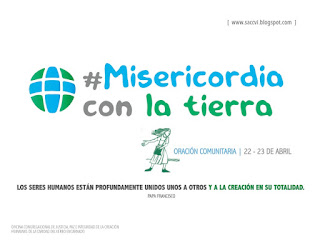 'A gift to human traffickers': Report warns of dangers of Trump immigration policy 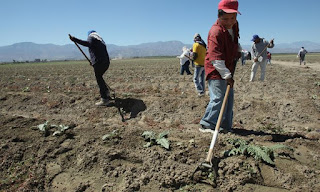 Donald Trump’s hardline approach to immigration has been branded a “gift to human traffickers” amid concerns that stricter deportation and border regulations will push undocumented migrant workers underground, putting them at greater risk of slavery and human rights abuses.

The new administration’s immigration policy – which hinges on the construction of a US-Mexico border wall and immediate repatriation of illegal immigrants – will force criminal networks to use more costly and potentially more dangerous trafficking routes by air and sea, say global risk analysts Verisk Maplecroft.

According to a report by the company, the controversial stance adopted by the White House towards migrant workers and immigration will be a major driver of human rights risks for business in 2017.
Developed countries are warned that human rights abuses are surfacing closer to home for western companies just as legislation strengthens and scrutiny of business practices increases.

Saket Soni, executive director of the membership organisation National Guestworkers Alliance, said the Trump administration’s new regulations will only exacerbate existing problems and proves that the US government is “part of the problem”.

The report, entitled Human Rights Outlook 2017, draws on Verisk Maplecroft’s portfolio of global human rights data and its interactions with multinational companies to assess the top 10 human rights issues affecting business in the year ahead.

“The US is already classed as ‘medium risk’ in our index measuring modern slavery around the world, and the commodity risk that we’ve done shows that there are already extreme risks for migrants, including those on farms harvesting apples or citrus fruits,” said Maplecroft’s principal analyst, Alexandra Channer.

“There’s already a significant problem for undocumented workers in certain industries in the US. So the impact of these policies will be worsening an already serious issue, which we could see potentially widen to different industries, for example the transportation and hospitality sectors.”
There are an estimated 8 million undocumented migrants in the US. They comprise more than 10% of the labour force in Nevada, 9% in California, 8.5% in Texas and 6.2% in Florida, according to the report.

The agriculture, construction, manufacturing and hospitality sectors are the most dependent on migrants for informal, low-paid work, with commodity risk data revealing that the risk of migrant labour exploitation is already “high”, or “extreme”, in fruit production in Florida and California.

Ironically, as a result of the Trump administration’s directives to put “America first”, US companies with supply chains reliant on low-skilled, migrant labour face an increased risk of modern slavery, as these sectors often include informal and casual labour, hidden subcontracting and corrupt recruitment practices, the report warns. Stricter deportation rules for undocumented migrant workers will push them further underground, potentially exposing them to criminal trafficking gangs, while a US-Mexico border wall would increase criminal trafficking fees, leaving migrants more deeply mired in debt and vulnerable to exploitation, according to the study.

A 2015 Buzzfeed investigation found that migrant workers – both documented and undocumented – faced high levels of abuse at the hands of their employers, with thousands of workers on legal H-2 visas reportedly deprived of fair wages, imprisoned, starved, beaten, raped, and even threatened with deportation if they complained.

Channer said that migrants who fear they may be at risk of deportation, even if they are working legally in the US, will hesitate to report any labour abuses, such as delayed payment of wages or excessive working hours. “But failure to report even one abuse may lead to a slippery slope where conditions of modern day slavery [go unreported],” she added.

Irregular flows of migrants and refugees have led to an increased risk of modern slavery in European countries, said Channer, and could serve as a potential warning to the US administration, since “migration policies have not reduced the incentives to migrate and trafficking networks have simply adapted”.

“Traditionally people have thought this is a problem that’s isolated on Thai fishing vessels or in textile factories abroad, but this is an issue that affects economies that are low-risk,” she said. “We highlight blind spots – such as cleaners and security guards, or caterers that supply food at business headquarters in London or Paris or Berlin. These workers are all extremely susceptible to conditions of modern slavery.”

The American Civil Liberties Union (ACLU) called Trump’s immigration policies “concerning” because of their potential impact on all involved. “Heightened immigration enforcement will push people underground and create a significant chilling effect on reporting labour abuses,” said Sarah Mehta, a human rights researcher for ACLU. “There are consequences for all workers, including US citizens, when the ability to organise and report abuses is thwarted by the threat of deportation.”
The report recommended tougher auditing processes for companies completing human rights assessments. It stressed that a greater risk of modern slavery in the US supply chain could deter international businesses from working with US firms, lest their own supply chains should be sullied.

“Companies and investors looking to avoid the moral hazard of forced labour need to be as concerned about the US as they are about Thailand,” said Soni. “Since Trump has made the US government part of the problem, companies and investors will need to partner directly with worker voice organisations to make sure that immigrant workers have the power to receive a fair wage, expose abuse without fear of retaliation, and combat discrimination.”

CCVI Present at UN Commission on the Status of Women

Written By Sr. Martha Ann Kirk, CCVI
A group of San Antonio women traveled to the United Nations’ Commission on the Status of Women conference in New York City last week to present on how leadership opportunities can combat inequality and gender gaps on local and global levels.
The unique collaborative included Family Violence Prevention Services CEO Marta B. Peláez, Women’s Global Connection Executive Director Dr. Lisa Uribe, and myself, Sr. Martha Ann Kirk, University of the Incarnate Word professor of religious studies.
The three of us presented “Women’s Empowerment Through Local Leadership” on day four of the 12-day conference, and Dr. Jessica Kimmel, UIW professor emeritus and president of the World Council of Curriculum and Instruction, gave a keynote speech.
During her remarks, Uribe shared the poignant words of a girl in Tanzania who was grateful for the rainwater harvesting project Women’s Global Connection (WGC) she had helped begin there.
“I don’t get punished for being late to school now,” she said. “When I had to spend so much time carrying water for our family, I would be late for school.”
The San Antonio-based nonprofit helped three Tanzanian women go to Uganda for training on how to build and maintain rainwater harvesters.
“We have assisted and encouraged local women, and now there are over 700 women in 60 villages harvesting rainwater,” Uribe said. “WGC has a goal to ‘train the trainers’ and is promoting many other women’s empowerment projects in Peru, Zambia, and Tanzania.”
Peláez, whose organization oversees the Battered Women and Children’s Shelter, told session participants how prevalent gender discrimination can be, even within U.S. families and communities. Long before children go to school, they need to learn that the subordination of females is wrong, she said. She recalled an instance in which she told a boy that he should not be using drugs.
“If you heard what goes on at our home at night when my father beats my mother, you would take drugs also,” the boy told her.
Helping children in a household of abuse can be more complicated than helping the mothers, Peláez said, adding that children learn to be both abusers and victims. Peláez noted how interconnected these issues are, as did other presenters from around the world. Female subordination is at the root of gender discrimination, which brings poverty, domestic violence, human trafficking and wars, she said.
The session was organized and moderated by Dr. Fatma Arslan Korkmaz from the Dialogue Institute of the Southwest and Sumeyra Tek from the Commission of Women for Humanity, a working group under the Dialogue Institute.
During the discussion, Korkmaz noted that access to resources for women worldwide is a key to empowerment.  “Women are not given equal resources and opportunities to empower themselves,” she said, “so they are eventually underrepresented in decision-making platforms.”
“One of my African students gave me a rope, which I have hanging in my home to remind me of his words about African girls being tied and sold into slavery,”said Kimmel, who taught at UIW. The university has students from more than 60 countries.
The Commission on the Status of Women, which was established in 1946, documents the reality of women’s lives throughout the world and shapes global standards.In my portion of the talk, I referred to the book titled Youth Civic Engagement, a part of the UN World Youth Report that reflects on and sets goals for youth “to participate fully and effectively in all aspects of the societies in which they live.” Getting students involved in community service is important, so I gave examples from my books Iraqi Women of Three Generations: Challenges, Education, and Hopes for Peace and Hope and Healing. My research has focused on how students at schools in Iraq started by Turkish people develop skills, virtues, confidence, and leadership for building a better society. I also cited examples of mentoring youth and encouraging skill-building through community service in San Antonio – which UIW is doing through the Ettling Center for Civic Leadership.
Ambassador Anwarul. K. Chowdhury of Bangladesh, former UN Under Secretary General, referred to unequal pay for women in an Oxfam Report. He noted that statistics show that given current trends, “it will take 170 years for women to be paid the same as men.”
The ambassador, who spearheaded the development of UN resolution 1325, a landmark resolution on “Women, Peace, and Security,” explained that women do unpaid work such as care of children, the elderly, and homes, 10 times more than men do. Women’s unpaid work globally is valued at $10 trillion. Additionally, women lack equal access to resources like land. If they did, it is estimated that there would be 150 million less hungry people in the world because women would make good use of those resources.
Originally printed in the Rivard Report: March 24, 2017
Publicado por Jennifer Reyes Lay en 10:40 AM 0 comentarios 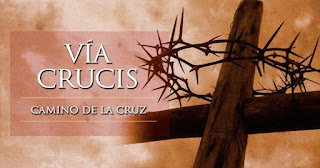 Way of the Cross in America

The Diocese of Richmond put out a beautiful stations of the cross that highlights fourteen different countries throughout North, Central, and South America.  Each station includes a Scripture passage reflecting that station of Jesus' journey to the cross, as well as information from a selected country, how it related to that station, and a prayer for that country.

You can download a free copy of the stations here: http://richmonddiocese.org/wp-content/uploads/2015/10/Eng-OHM-Way-of-the-Cross-7x10.pdf

Encourage your faith community to pray this Way of the Cross in America this Lent, as we reflect on and pray for healing, compassion, and new life throughout the Americas. 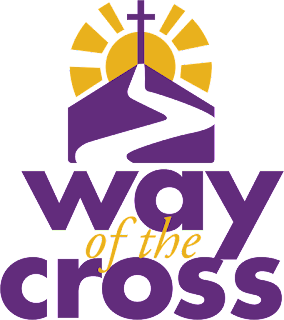 Email ThisBlogThis!Share to TwitterShare to FacebookShare to Pinterest
Etiquetas: English, Lent, resources, way of the cross 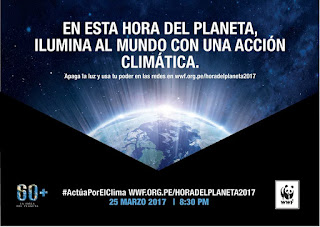 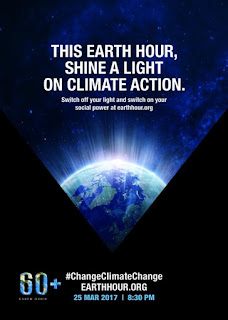 Around the globe, millions of people, businesses, and landmarks set aside an hour to host events, switch off their lights, and make noise for climate change action.

Each year, millions of you come together to make Earth Hour happen. Coordinated by WWF and other volunteer organisations, together we're shining a light on the need for action on climate change.

Earth Hour is more than an event. It is a movement. Over the last 10 years, we have achieved massive environmental impact. Together with your support, we're helping change laws, lives and our planet!

Together, we've funded WWF projects all over the globe, including providing communities with climate-smart boats after typhoon Haiyan and bringing solar power to families in India. Earth Hour supporters have successfully advocated for more climate-friendly laws and policies, such as those that have banned plastic in the World Heritage site of the Galapagos Islands. We've helped bring real change to the lives of thousands of people around the world such as when we provided families with fuel-efficient stoves in Nepal & Madagascar.

CLICK HERE to learn more about how to celebrate Earth Hour! 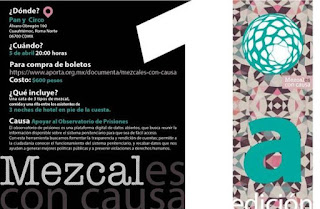 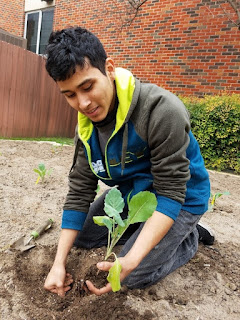 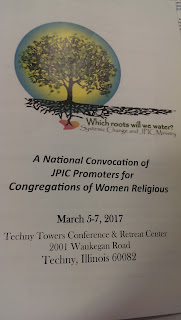 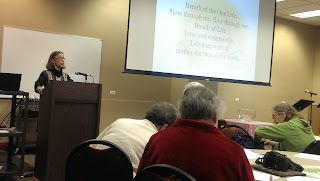 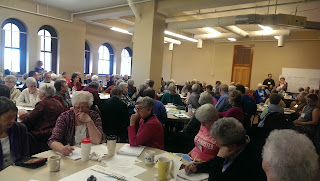 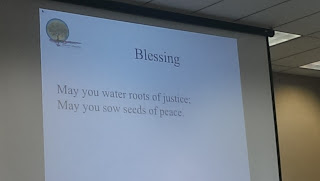