from www.dorothystang.org, sponsored by the Sisters of Notre Dame de Namur

Sister Dorothy Stang. She was Dot to her friends and family and Irma (Sister) Doroteia to the people in Brazil who took to calling her the "Angel of the Amazon" because of her passionate support of poor farmers' rights to the land and her protectiveness of the rainforest. Dorothy, a Sister of Notre Dame, devoted almost 40 years of her life to the people and land of Brazil. On February 12, 2005, two hired gunmen shot her six times thinking they had finally silenced this gentle, tenacious crusader for the poor.

But her murder was not the end.

Sisters of Notre Dame de Namur continue to live and work in the Amazon rainforest among the materially poor.
CLICK HERE to read the Sisters' stories and the stories of others who have been inspired by Sr. Dorothy Stang's life, faith and courage.
Publicado por Jean Durel en 2:13 PM 17 comentarios

As he does each year, President Barack Obama recently signed a proclamation commemorating February as “African American History Month.” This year, the Obama Adminstration has decided to celebrate via the theme, “Black Women in American Culture and History.

The White House recently issued a special video message from one of the country’s most successful Black women – the First Lady herself, Mrs. Michelle Obama. Check out the video where she talks about the “heroes” among Black women.  MORE
Publicado por Jean Durel en 1:34 PM 1 comentarios 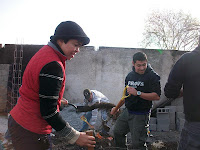 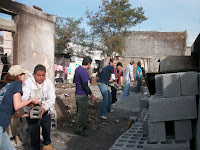 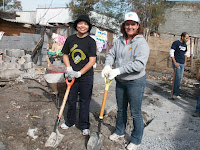 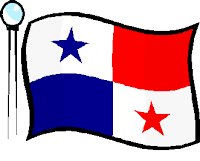 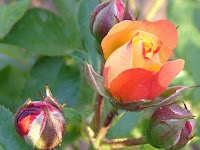 There are many kinds of war. The classic image of a uniformed soldier kissing mom good-bye to risk his life on the battlefield has changed dramatically. In today’s wars, it’s more likely that mom will be the one killed.

UNIFEM states that by the mid-1990s, 90% of war casualties were civilians-- mostly women and children.

Mexico’s drug war is a good example of the new wars on civilian populations that blur the lines between combatants and place entire societies in the line of fire. Of the more than 50,000 people killed in drug war-related violence, the vast majority are civilians. President Felipe Calderón claims that 90% of the victims were linked to drug cartels. But how does he know? In a country where only 2% of crimes are investigated, tried, and sentenced, the government pulled this figure out of its sleeve.  READ MORE
Publicado por Jean Durel en 9:59 AM 2 comentarios

from Bill McKibben at 350.org

President Mohammed Nasheed of the Maldives is a champion fighting to protect our climate and save our planet. Now it is he specifically who is at risk. A military coup forced President Nasheed from office on Tuesday morning with threats of violence. He is currently under house arrest and needs our help.  TAKE ACTION
Read an opinion piece in the N.Y. Times, February 8, 2012,  THE DREGS OF DICTATORSHIP, written by deposed president Mohamed Nasheed.
Publicado por Jean Durel en 5:45 PM 0 comentarios

Occupy vs. Monsanto: Activists, Farmers Fight the Corporation They Fear Will Take Over All America's Crops

Occupy comes out to support a lawsuit that hopes to turn the tables on corporate farming behemoth Monsanto.

First, some history. In 1982, Monsanto scientists were the first to genetically modify a plant cell. Three years later, the US Patent Office ruled that plants were a patentable subject matter.
By 1985, Monsanto had already become a corporate giant by creating RoundUp, the most popular herbicide in the world. Now that it had the legal protection of seed patents in addition to the biotechnology to genetically manipulate its seeds, Monsanto scientists engineered a specific brand of Monsanto seeds that were RoundUp-resistant—unlike organic, natural seeds, these seeds are sterile and have to be re-planted each year, ensuring that customers return year after year to replenish their supply.  READ MORE

Saving Mother Earth One Step at a Time

The following column written by Rev. Gerry Kleba appeared in the St. Cronan Church bulletin on January 29, 2012.  Used with permission.

(Be sure to read the last paragraph where Fr. Gerry extends an unusual invitation to his parishoners.) 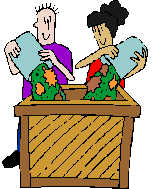 Many of you are doing things that contribute to the health and life of our planet. The operative, popular word for this effort is ‘SUSTAINABILITY’. Maybe for you it is as simple as my activity yesterday when I left Shop n Save and returned to my car to get the cloth bags I had left behind. I’m sure that many of us are into gardening and shopping at Farmers’ Markets to get fresher foods, support the family farms in our area and reduce the use of fossil fuels by purchasing items that are grown closer to St. Louis. These products are not wrapped in plastic shrink wrap.

On a larger parish level we have done several energy efficiency studies to determine how to reduce fuel costs by making our buildings more energy efficient with insulation and possibly painting our flat roofed buildings with white paint to reflect the sun and reduce the costs of AC. On a much more technical level we have even looked into the possibility of geo-thermal heating and AC for our church and rectory buildings.  READ MORE
Publicado por Jean Durel en 7:40 AM 3 comentarios

Corporations have no use for borders

Thanks to J'Ann Allen for sending this article written by Chris Hedges, published in TruthDig on January 30, 2012.

What happened to Canada? It used to be the country we would flee to if life in the United States became unpalatable. No nuclear weapons. No huge military-industrial complex. Universal health care. Funding for the arts. A good record on the environment.

But that was the old Canada. I was in Montreal on Friday and Saturday and saw the familiar and disturbing tentacles of the security and surveillance state. Canada has withdrawn from the Kyoto Accords so it can dig up the Alberta tar sands in an orgy of environmental degradation. It carried out the largest mass arrests of demonstrators in Canadian history at 2010’s G-8 and G-20 meetings, rounding up more than 1,000 people. It sends undercover police into indigenous communities and activist groups and is handing out stiff prison terms to dissenters. And Canada’s Prime Minister Stephen Harper is a diminished version of George W. Bush. He champions the rabid right wing in Israel, bows to the whims of global financiers and is a Christian fundamentalist.  READ MORE
Publicado por Jean Durel en 8:17 PM 1 comentarios

Tap water is cleaner than bottled water (and other shocking facts)

Thanks to Martha Ann Kirk for sending this article from www.care2.com

Today, as I stood in line at the grocery store, watching the woman in front of me haul a huge case of bottled water up to the conveyor belt, I felt that familiar twinge…a combination of frustration and confusion.

“Why, why, WHY?” I wondered. Why would you pay for bottled water every week when perfectly good water flows out of every faucet in your house?!

And then it dawned on me. The answer was right there on the packaging. “Purified water.” One of the biggest reasons people buy and drink bottled water is because they think it’s cleaner than tap water.  READ MORE
Publicado por Jean Durel en 7:20 PM 3 comentarios

To the Catholic faithful and all people of goodwill.

Grace, mercy and peace, from God our Father and Jesus Christ our Lord.


“The Spirit of the Lord is upon me, because he has anointed me to proclaim good news to the poor. He has sent me to proclaim liberty to the captives and recovering of sight to the blind, to set at liberty those who are oppressed” (Luke 4:18)

In the first instance, we take this opportunity to thank God for the relatively peaceful transition that this nation experienced during and after the tripartite elections of September 2011.

1.0 Church and State Relations The common denominator and our mutual rallying point between the Church and the State is that we are both concerned about the common good and the well-being of God’s people. It is from this point of view that we welcome the easing of tensions between the Catholic Church and the Government. It is our prayer and hope that we never again return to that era in which our national media was used to demonise and vilify innocent citizens and organisations. READ MORE
Publicado por Jean Durel en 10:43 PM 0 comentarios

Bill Moyers: How the Banks Have Re-written our Economy's Rules

Bill Moyers is back on television. Here is January 27, 2012  episode of "Moyers and Company," which asks: "how did our political and financial class shift the benefits of the economy to the very top, while saddling us with greater debt and tearing new holes in the safety net?"

Moyers investigates how the Glass-Steagall act was "brought down" by politicians, and what can be done to end this era of financial industry domination.  CLICK HERE to see the program.

Email ThisBlogThis!Share to TwitterShare to FacebookShare to Pinterest
Etiquetas: economics

The Carnage In Mexico: Do We Care?

The following article was written by Norm Stamper, a 34-year veteran police officer who reitred in 2000 as chief of police of Seattle, WA.  It appeared online on January 29, 2012 at www.huffingtonpost.com .

The U.S. has given birth to the killing fields of Mexico. Does that even matter, at all, to those in this country who are in a position do something about it?

American drug policy, and our gutless, unreasoned refusal to change it, has caused the epic violence south of the border. The American-led drug war has claimed the lives of over 50,000 Mexicans since the end of 2006. That's when newly installed president Felipe Calderon declared all-out war on drug traffickers, collected $1.4 billion from the U.S. treasury, and used American resources to train and equip thousands of soldiers, marines, and police officers, large numbers of them as corrupt and brutal as the enemy they pursue.  READ MORE
Publicado por Jean Durel en 6:45 AM 0 comentarios