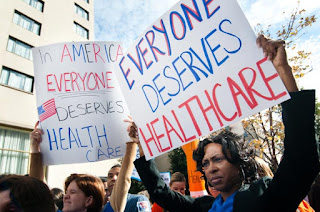 We need you NOW. Please call today and every day until Graham-Cassidy is defeated.
All calls are important but we must especially call those Senators who are on the fence or persuadable. We especially encourage members in West Virginia—Senator Shelley Moore Capito, Maine— Senator Susan Collins, Ohio—Senator Rob Portman, and Alaska—Senator Lisa Murkowski to call their Senators.
Please join LCWR and NETWORK and make the calls.
Call 1-888-738-3058 (twice to be connected to both Senators) to tell your Senators that they must not take away healthcare from millions of Americans. If your Senators have already pledged to oppose the bill, please call and say “THANK YOU!”
The new legislation, referred to as the Graham-Cassidy proposal, is even more devastating than past repeal attempts. Your phone calls stopped ACA repeal in July, and we need them now more than ever. The Senate is reportedly one vote away from passing this bill and fundamentally altering our healthcare system. It would, among other things:
--Cause 15 million people to become uninsured next year
--Leave approximately 32 million people uninsured by 2027
--Eliminate ACA’s expansion of Medicaid for low-income people
--Eliminate ACA’s subsidies that help people afford premiums
--Decimate Medicaid through “per capita caps” leading to funding limits and billions of dollars in cuts
--Allow states to gut consumer protections – including protections for people with pre-existing conditions
Here is a sample script you may want to use:
"Hello, My name is [NAME] and I am a constituent from [CITY/TOWN]. As a person of faith, I believe access to healthcare is a basic human right. I'm calling to urge the senator to oppose the Graham-Cassidy bill. This bill would take millions of dollars out of [YOUR STATE]. We need bipartisan fixes to expand coverage, not take it away. I oppose any efforts to cut or cap Medicaid. Please protect the human dignity of 32 million Americans who would lose coverage and state your opposition to the Graham-Cassidy proposal. Can I count on the Senator to vote NO on Graham-Cassidy?”
Please call 1-888-738-3058 (twice to be connected to both Senators) to tell your Senators that they must not take away healthcare from millions of Americans.
Please share this action alert with as many people as possible.
Together, with many people of faith we were able to save healthcare in July. We need to do it again!
Publicado por Jennifer Reyes Lay en 12:33 PM 0 comentarios

During the Season of Creation we invite you to take a few minutes to sit in contemplation of the beauty of creation.  We know that many are suffering from the impacts of natural disasters around the world which are made worse by climate change.  We have a responsibility to protect and care for this beauty in creation because we are one living organism, connected to one another, and our failure to care for our common home is a failure to care for all our brothers and sisters.  Let us work together to protect the #beautyofcreation for generations to come!

Our Commitment to Peace 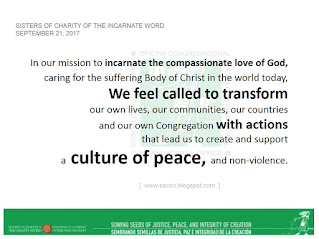 Violence in its many and varied forms surrounds us. This violence can manifest as physical, emotional, psychological and/or spiritual harm. Some of the most blatant forms of physical and psychological violence include perpetual warfare and exorbitant military spending, feminization of poverty, a throw away culture, and intolerance of difference. In light of this reality, 'Nonviolence and Just Peace' was born, a worldwide initiative that reaffirms the centrality of active nonviolence in the message of Jesus, in the life and praxis of the Catholic Church; and in our vocation to heal and reconcile both people and the planet.

Our Congregational Commitment for Peace is our response to the initiative launched at the Conference on Nonviolence and Just Peace, held in Rome April 11-13, 2016 by the Conference of Major Superiors, the Leadership Conference of Women Religious and other Catholic organizations.

After communal discernment and conversation our Congregation (the Sisters of Charity of the Incarnate Word) signed on to the "Appeal to the Catholic Church to Recommit to the Centrality of Gospel Nonviolence" pledging to promote the understanding and practices of active nonviolence on the road to just peace, with the desire to be authentic disciples of Jesus, challenged and inspired by the stories of hope and courage.

"In our mission to incarnate the compassionate love of God, caring for the Body of Christ that suffers in the world today, we feel called to transform our own lives, our communities, our countries and our Congregation with actions that lead us to create and support a culture of peace and non-violence".
September 21, 2017 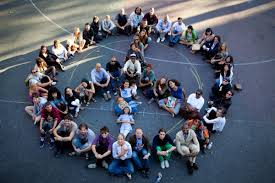 As the Office of ​​Justice, Peace and Integrity of Creation, we thank all the Sisters who have helped us to reflect, pray and respond daily to the call of the Incarnate Word at this time. Our task is challenging but we trust in God who calls us to be artisans of the active and creative nonviolence of Jesus.  Because nonviolence practiced with determination and consistency has produced impressive results.
Publicado por Jennifer Reyes Lay en 11:48 AM 0 comentarios 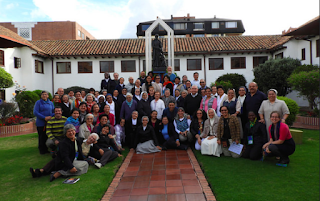 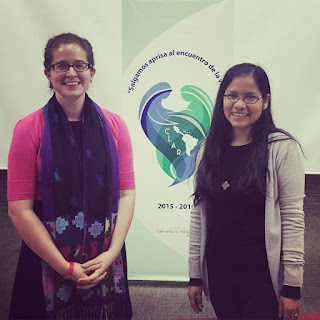 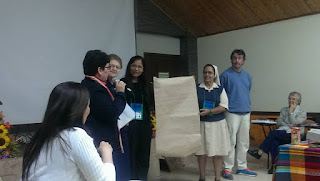 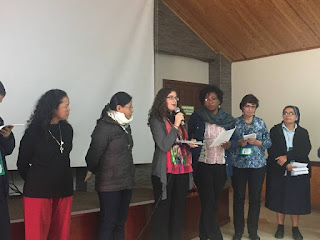