Thank you Rep. Wagner of Missouri for your leadership in protecting and assisting victims of human trafficking!

“Victims of trafficking have endured horrific trauma, violence, and abuse, but they continue to be overlooked and underserved. This must stop. Victims need help to rebuild their lives and that’s what the Put Trafficking Victims First Act does—improves support, identification, and services for victims of this egregious crime. America needs to afford trafficking victims the same justice, protections, and dignity that other crime victims receive.”

This bill, H.R. 2473, advances a survivor-centered approach to addressing human trafficking that ensures the safety, confidentiality, and well-being of victims. It encourages stakeholders to recognize symptoms of trauma that may impact victims’ interactions with law enforcement, the justice system, and service providers. The legislation:

·         Trains government agencies, law enforcement, and prosecutors to implement victim-centered approaches to investigating and preventing trafficking.
·         Evaluates state “safe harbor laws” that are meant to protect child trafficking victims from being treated like criminals.
·         Establishes a working group to develop methodologies to determine trafficking prevalence and trends, and evaluate how to identify victims and address their needs.
·         Establishes a survey of survivors so we can better understand how victims access help.
·         Directs the Department of Justice to make mandatory restitution for trafficking victims truly mandatory and implement victim-friendly procedures in federal criminal cases.
·         Encourages states to improve outreach to victims; screen vulnerable children and foreign nationals who may be trafficked; provide shelter and housing to victims; fully prosecute sellers and buyers; develop emergency response plans; and pass laws to give trafficking victims the ability to vacate criminal records related to non-violent offenses they were forced to commit. 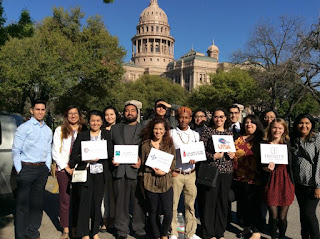 By Monica Cruz, Director of the Ettling Center for Civic Leadership, University of the Incarnate Word

I have had the wonderful opportunity to serve as a member of the Justice, Peace, and Integrity of Creation Committee (JPIC) for the Sisters of Charity of the Incarnate Word for nearly 2 years.  Our committee has hosted several educational and inspiring presentations to understand the importance of creating a sustainable environment, Laudato Si and understanding the plight of victims of human trafficking and refugees around the world.

Another important area of JPIC is to develop the advocacy skills of members who wish to increase their civic participation on important social justice issues.  Last summer, I had the wonderful opportunity to attend the Changemakers gathering sponsored by the Marianist Social Justice Collaborative.  During this event, we were asked to commit to develop a project or initiative that we felt was important to further develop leaders who understood and embraced social justice causes in our community.  As someone who has taught State and Local Politics courses and serves on the CCVI JPIC committee, I was inspired to commit to developing a Social Justice Advocacy Training for university students.  I had been playing with this idea for quite some time but my involvement as a member of JPIC propelled me into action to develop this training for students that focused on Texas public education and finance—an issue that the students selected to focus on.

The 3 day training took place during spring break with the first two days in San Antonio and the third day with a trip to the Austin capitol.  Students from 6 colleges in San Antonio gathered to become knowledgeable about school finance and curriculum development; more knowledgeable about the public policy process for education; and more comfortable speaking and advocating about these issues in the community and in government through the lens of social justice. Students critically analyzed Senate bill 3, the school voucher bill and learned how the idea of equally distributing public school vouchers to children in Texas did not necessarily translate into achieving equity in our schools.

Robert Cavazos, a student from the University of the Incarnate Word (UIW) who participated in the training stated, “All of us recognized how important, and unfortunately how rare it is, for college students to engage in local and state politics and advocate for social justice. We considered what we can do to further our training and advocacy experience beyond this spring break conference. We felt the burden of responsibility that UIW instilled in us through an emphasis on Catholic Social Teaching; and with the tools of social justice advocacy now at our disposal, we are ready to make our public schools and our communities better through our willingness to care.”

It was truly inspiring watching these students walk through the halls of the state capitol advocating for equity in our public schools.  We hope the experience gave them the tools to continue as social justice advocates on issues affecting the most vulnerable in our community for years to come.

The focus of gender in light of current challenges
By Dr. Sandra Lassak*
Talking about feminism and theology may seem like a contradiction, which isn’t surprising given the inequality between men and women: the structural oppression of women, femicide, divorced couples, and discrimination against homosexuals among others.


Despite the fact that for decades women have been doing theology in our churches and theological spaces, most of these spaces remain highly patriarchal, if not downright misogynistic. The identities of women are fixed, formed around constructions of gender and sexuality justified by a religious and theological discourse which promotes the ideal woman as: virgin, submissive and servile. From this dichotomy of macho men and servile women a whole system of inequality and oppression based on gender has been constructed and continues to be maintained in some ways to this day.


Theology seems to be a field of men, despite the fact that women have been doing theology for decades, and it is because within the pyramidal structure of the Church we are outside the positions of power and decision making. Changing or questioning the structures and ideologies of this system is not in the interests of some male pastors, priests and theologians because it would weaken the power they want to maintain. That is why we find so much resistance and rejection to gender theories, because it is an approach that shows the unjust inequalities and offers help to overcome them in order to build communities of equals.


Clarification of feminism and why it is important to continue talking about feminism
Declaring oneself a feminist puts you in a position of suspicion accompanied by images and prejudices such as being a macho dressed as a woman, a lesbian, a woman who hates men, etc. However, national and international news indicate that misogyny, oppression and violence against women continue to be one of the biggest problems today at the global level.

In times of capitalist expansion, new excluded groups are spreading with greater speed and brutality, and among them are women. Social, political and economic interests have created structures of inequality throughout the centuries. And although thanks to the struggles of so many women - which have occurred throughout history – there have been some changes achieved, there is still a long way to go to have societies and communities of equals.


Women still belong to the most disadvantaged group.  They are the most affected by violence, poverty and discrimination as well as by the ecological crisis. They suffer from the effects of climate catastrophes, land grabbing and the destruction of life's foundations. Faced with this situation it is imperative to ask for new forms of solidarity including regional, national and international.


How can we, in these struggles for better living conditions, dignity and equal rights, connect and share among all women, who from different local contexts are organizing to promote processes of change (for example, the 'Ni una menos' or Women's March)? How can we and should we be part of this work as Christians?

In Latin America, religion has sold itself out by having an important role in the construction of gender legitimizing a patriarchal, capitalist and heteronormative social and economic system. Therefore, doing a social analysis we cannot leave out a religious analysis and a critical theological view.

It is also important to see the variety and diversity of experiences of oppression, recognizing the same structures of inequality and power behind them. Because at the core of talking about and analyzing gender relations is talking about power relations.

The conception of gender does not depend on an a-cultural biological determinism, but rather on each culture and worldview, “in that sense, every society, every community, every group and every person has a particular gender conception, based on their own culture.[1]” We learn from childhood to identify with the worldview and conception of gender roles in our culture. Because in the nation we live, as Simone de Beauvoir one of the first great women's rights defenders said, “One isn’t born a woman, one becomes a woman.”

Current challenges
According to theologian Elizabeth Schüssler Fiorenza, theology always has to do with dreams and visions of a more just and united world; an issue that deeply touches humanity.[2] For this reason, it is necessary to articulate a de-patriarchicalization and decolonization from and with the women who, in their daily struggles, face colonial, capitalist and patriarchal oppression.

They are peasant women, indigenous, from popular urban sectors and also women who question - from their individual and collective experience - colonial and patriarchal relations; who fight together to overcome all kinds of oppression. In this way “... feminism is not just another theory, it is a theory, a conception, a worldview, a philosophy, a politics born from the most rebellious women against patriarchy,”[3]  says Bolivian Aymara, Julieta Paredes. Practically, feminism is a way of life, “a new way of understanding life and human relations,”[4] as theologian Ivone Gebara puts it.


The reality of our world, challenges us to permanently relocate in different senses, to leave the offices, the classrooms, the parishes, and place ourselves in the 'street'. Displacement impacts us, we will have to move from traditional spaces of religion and oppression and search for new spaces where more integral and equal spiritualties can be lived.


From the pluralities we have to construct new forms of heterogeneous and inclusive communities of coexistence with all people, with nature, and between countries and continents, and break down the mental as well as social, economic and political barriers and hierarchies.


What nourishes us is a spirituality of resistance and rebellion fueled by the sharing of realities and daily struggles, of solidarity and sisterhood. This spirituality is made real through action, a collective and diverse expression that seeks to build new relationships and another world of which we all dream.


This is the only way we will we be able to offer relevant contributions to the questions and problems that people live today. Because the discipleship and following of Jesus requires us to be part of the processes towards equality and justice.

Questions for reflection:
·      What would it mean to decolonize and de-patriarchicalize?

·      What does it mean to do theology from our context, our social and pastoral commitments? 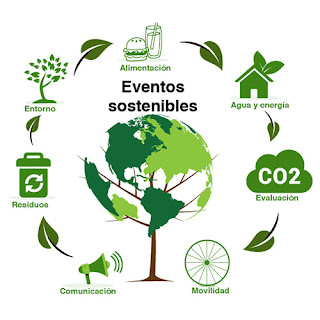 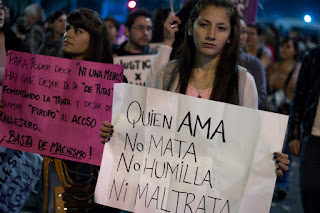 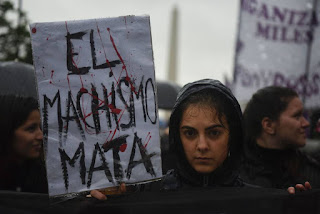 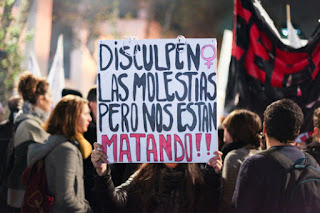