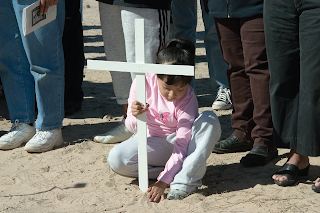 Worst Food Additive Ever? It's in Half of All Foods We Eat and Its Production Destroys Rainforests and Enslaves Children

From the AlterNet by Jill Richardson


The production of this ingredient causes jaw-dropping amounts of deforestation (and with it, carbon emissions) and human rights abuses.

On August 10, police and security for the massive palm oil corporation Wilmar International (of which Archer Daniels Midland is the second largest shareholder) stormed a small, indigenous village on the Indonesian island of Sumatra. They came with bulldozers and guns, destroying up to 70 homes, evicting 82 families, and arresting 18 people. Then they blockaded the village, keeping the villagers in -- and journalists out. (Wilmar claims it has done no wrong.)
The village, Suku Anak Dalam, was home to an indigenous group that observes their own traditional system of land rights on their ancestral land and, thus, lacks official legal titles to the land. This is common among indigenous peoples around the world -- so common, in fact, that it is protected by the United Nations Declaration on the Rights of Indigenous Peoples.  READ MORE.
Publicado por Jean Durel en 9:45 PM 0 comentarios

Occupy Wall Street: What has this bolt of political lightning done?

From the AlterNet by Matt Stoller


The growing movement will force political leaders to chose between Big Money and popular legitimacy.

It's been a little over a month since this bolt of political lightning known as Occupy Wall Street jolted through the political establishment. It's time to assess just what Occupy Wall Street has gotten done. That it has accomplished a great deal is beyond dispute. Franklin Foer in the New Republic and John Nichols in the Nation have both noted that Occupy Wall Street profoundly challenged President Obama and the Republicans. But what an odd challenge. A few thousand people camped out in parks around the country? Really?  READ MORE.

For on-going analysis of Occupy Wall Street and its effect around the world, check out:
*  www.democracynow.org     Democracy Now also has a daily TV/radio news program, hosted by Amy Goodman and Juan Gonzalez which gives in-depth reports and interviews on a variety of major issues.
*  www.thomhartmann.com  Excellent analysis which includes a viewer call-in section is provided in "The Big Picture with Thom Hartmann" on FSTV (Free Speech TV).
Publicado por Jean Durel en 7:53 PM 0 comentarios

From “Connections,” published for the Friends of the Sisters of St. Joseph of Carondelet, Fall/Winter 2011, used with permission.


2.     Use of PAPER OR CORN-BASED disposable containers (if needed)


3.     Use of ECO-FRIENDLY CLEANING PRODUCTS and laundry soap and reuse the product bottles

Thanks to Elizabeth Riebschlaeger for suggesting the following articles on fracking.  These articles appeared in the Scientific American.


Drilling for natural gas has gotten ahead of the science needed to prove it safe
By The Editors | October 19, 2011

The Evolving Truth about Fracking for Natural Gas

Scientists are speaking out about the risks that fracking may or may not pose to drinking water
By Mark Fischetti | October 19, 2011 |3

The Truth about Fracking

Fracturing a deep shale layer one time to release natural gas might pose little risk to drinking-water supplies, but doing so repeatedly could be problematic
By Chris Mooney | October 19, 2011 | 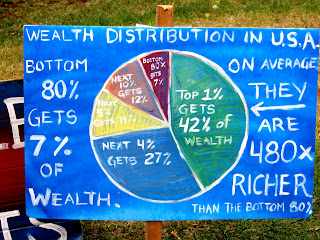 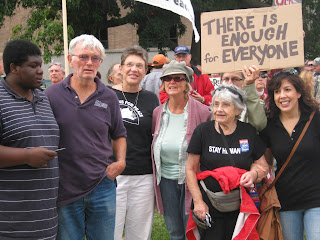 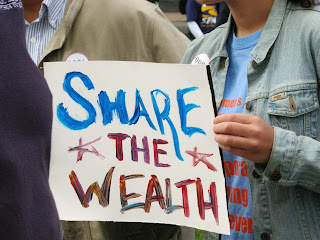 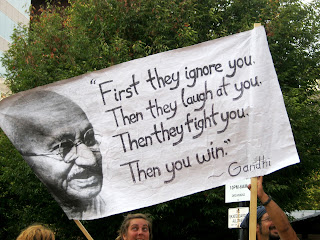 Monday, October 17: International Day for the Eradication of Poverty

Thanks to Yolanda Tarango for the following resources from the Sisters of St. Joseph of Orange.


Monday, October 17th, is International Day for the Eradication of Poverty


“There aren’t two categories of people. There aren’t some that were born to have everything, leaving the rest with nothing,
and a majority that has nothing and cannot taste the happiness
that God has created for all. The Christian society
that God wants is one in which we share the goodness
that God has given for everyone.”
-Archbishop Oscar Romero

We stand in solidarity with our Sisters and Brothers who live in poverty here in the U.S. and throughout the world by participating in prayer, fasting and action. We welcome everyone to join us in commemorating this day by participating in any or all of the following:

Thanks to Elizabeth Riebschlaeger for such an articulate and powerful testimony to the Environmental Protection Agency.

My name is Sister Elizabeth Riebschlaeger.  I am a Sister of Charity of the Incarnate Word from San Antonio, Texas.    The statement that I am making here today represents the commitment of our congregation of religious women.  As co-signers with millions around the world of the Earth Charter, we have committed ourselves to work for a more life-sustaining environment for all the human family.   This commitment relates to the geophysical environment, the social environment, the civic environment as well as the spiritual environment.  Out of that commitment, and in the face of the frantic pace of new gas and oil fracking activities in Texas today, we join our voices with those here today, who come to ask the Environmental Protection Agency for immediate action toward regulating these activities.  READ MORE
Publicado por Jean Durel en 11:24 PM 0 comentarios

The following article by Zaid Jilani appeared in the AlterNet on October 4, 2011.

As the ongoing occupation of Wall Street by hundreds of protesters enters its third week — and as protests spread to other cities such as Boston and Los Angeles — demonstrators have endorsed a new slogan: “We are the 99 percent.” This slogan refers to an economic struggle between 99 percent of Americans and the richest 1 percent of Americans, who are increasingly accumulating a greater share of the national wealth to the detriment of the middle class.

It may shock you to learn exactly how wealthy this top 1 percent of Americans is.
ThinkProgress has assembled five facts about this class of super-rich Americans.  READ MORE

"We Are All Human Microphones Now"  by  Richard Kim in The Nation
(Be sure to watch the video at the end of the article:  Michael Moore talking to the protesters at Occupy Wall Street.  JD)

Anyone who’s been down to Occupy Wall Street and stayed for a General Assembly will instantly recognize the call and response that begins, and frequently interrupts, each meeting.

“MIC CHECK!” the crowd shouts back, more or less in unison.

The thing is—there's no microphone. New York City requires a permit for “amplified sound” in public, something that the pointedly unpermitted Occupy Wall Street lacks. This means that microphones and speakers are banned from Liberty Plaza, and the NYPD has also been interpreting the law to include battery-powered bullhorns. Violators can be sentenced for up to thirty days in prison.

But the protesters aren’t deterred one bit; they’ve adopted an ingeniously simple, people-powered method of sound amplification. After the mic check, the meeting proceeds:
with every few words / WITH EVERY FEW WORDS!
repeated and amplified out loud / REPEATED AND AMPLIFIED OUT LOUD!
by what has been dubbed / BY WHAT HAS BEEN DUBBED!
the human microphone / THE HUMAN MICROPHONE!!! (jazz hands here).

The overall effect can be hypnotic, comic or exhilarating—often all at once.  READ MORE and WATCH VIDEO
Publicado por Jean Durel en 11:36 PM 0 comentarios