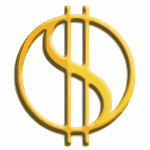 "If you can control a people's economy, you don't need to worry about its politics; its politics have become irrelevant."