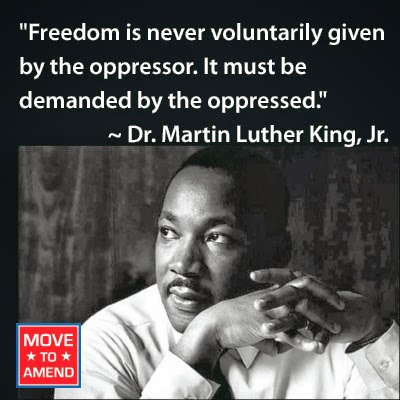 CLICK HERE for reflections by Fr. Bryan Massingale which were first posted on 7/19/13.
Fr. Massingale is a priest of the Archdiocese of Milwaukee, a profesor of theology at Marquette University, and a dynamic speaker on justice issues.  He is the author of "Racial Justice and the Catholic Church,"  (Orbis, 2012).
THEME 3:  A POEM FOR MARTIN LUTHER KING, JR
CLICK HERE for the poem by Art Laffin, written from Rappanhannock Jail, Fredricksburg, VA, MLK Day, 1994.
Publicado por Jean Durel en 12:37 AM