Stream Calls For Changes In State Laws Regarding Traffic Fines 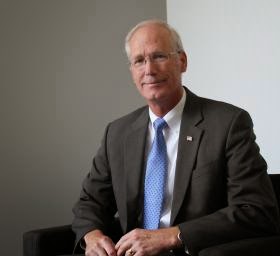 We're making a difference and keeping the pressure on! He included the option of community service, which could be one small step away from time banking.
Rick Stream, the Republican nominee for St. Louis County executive, is promising to use his influence to persuade the General Assembly to change state laws  to make it harder for communities to collect so much money from traffic violations.
Stream, a state legislator, told reporters in a conference call Monday that he’d first seek stronger enforcement of current state law. That now bars cities from collecting more than 30 percent of their income from traffic fines. Any excess is supposed to be turned over to the state, but authorities have acknowledged that the law often hasn’t been enforced.
Read moe: http://news.stlpublicradio.org/post/stream-calls-changes-state-laws-regarding-traffic-fines
Publicado por Katty Huanuco, CCVI en 6:45 AM