Present in the Pazamazon Social Forum 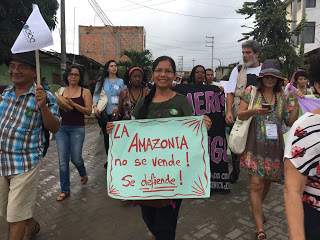 Our Congregation, represented by the Congregational Office of Justice, Peace and Integrity of Creation, was present at the VIII Panamazon Social Forum (Fospa) held April 28 to May 1, 2017 in Tarapoto, Peru.  It was an event that brought together more than 1,500 representatives of indigenous peoples, civil society organizations, academics and activists from the nine Latin American countries that share the Amazonian territory.

The Forum sought to articulate the social agendas of the participants in order to propose alternatives to the economic model that, as expressed in the statement of the Peruvian National Forum, violates the rights of indigenous peoples and threatens the environment.

Through the collective reflections and conversations by the various organizations, movements and networks of the Fospa participants, as well as the work of the past year and a half, a final document was created called the LETTER of TARAPOTO. This document creates a roadmap for the struggles of resistance, and offers a proposal and needed change in order to preserve the Andean Panamazon in the framework of a new civil order. 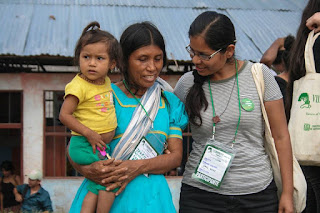 It should be noted that Fospa was an autonomous and independent space that practiced a methodology of care, meaning it generated spaces of radical equality and encounter, inclusion, dialogue and negotiated well the diversity of feelings, thoughts, knowledge and perspectives in order to overcome historic and present inequalities, exclusion, patriarchy, colonialism and capitalist depredations.

Through three common axes: Territory, Care of Creation, and the Interculturality of the Amazon, Andes and Coastal regions, there were nine spaces for dialogue and debate.  These included: Panamanian-Andean Women, Climate Change and the Amazon, Sovereignty and Food Security, Mega-projects and Extraction, Intercultural Community Education, Panamanian-Andean Youth, Cities to live in the Andean-Panamazon, Decolonization of Power and Community Self-Government, and Panamazon Communication for life.

With all that was experienced during Fospa, one of the most significant experiences - for me - was the format of coexistence with of nature that developed in the youth space. 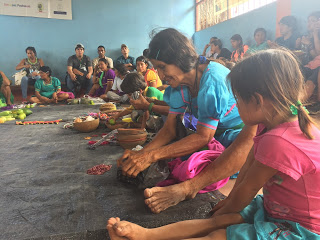 The Youth Bureau made two field trips, one called the "Toxic Tour" route and the next the "Good Living" route, both of which took place in the native communities in Lamas. The first route showed the populations that suffer from problems of contamination of the water and air.  This is a result of the liquid waste being dumped into the rivers and streams.  The second route showed that resistance is possible, and the struggle to take care of the land is ongoing every day. Good living is possible.
After going through these routes, we took time to reflect on what we had seen and what concrete commitments these realities called us to.  At the end of the day, these conclusions were presented to all the people gathered at FOSPA who participated in other spaces of dialogue.

For me, it has been really inspiring to see the leadership of the youth defending the Amazon (and the Andes), its biodiversity and its peoples, as an essential condition for the life of humanity.

Walking in the Amazon has made me vibrate! How wonderful is the creation of God! Struggles for the care of creation have concrete faces! We need to continue working from where we are for the defense of our common home! Our concern remains for the future, the most vulnerable populations, and for the generations to come, so we continue to articulate efforts that lead us to live the Laudato Si.  We must continue to build better living conditions for all. It is our duty. 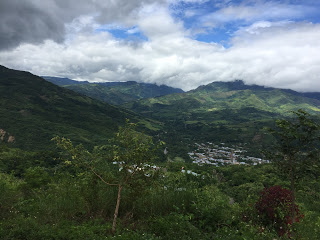 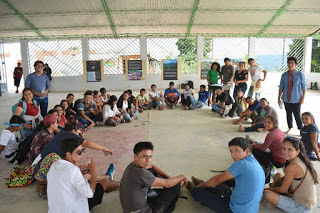