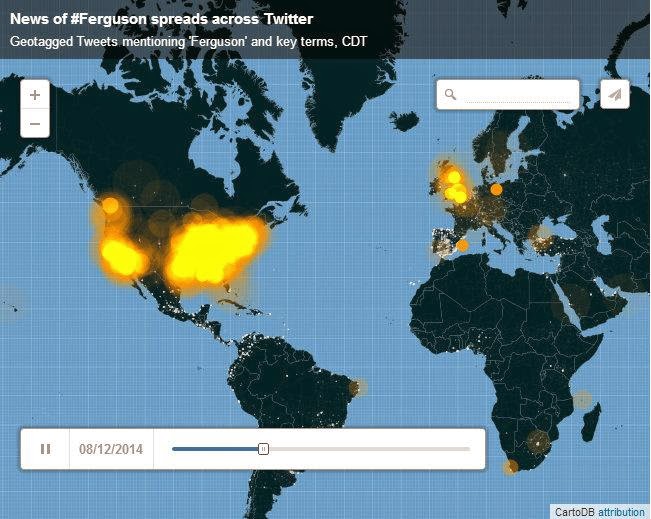 NCR/GSR is sending a reporter to cover the religious community's response to the shooting death of Michael Brown and aftermath in #Ferguson Missouri. This #3Stats animated map shows how news spread on Twitter since August 9 .
"Almost two weeks ago, 18-year-old Michael Brown was shot and killed by a police officer in Ferguson, Mo., after being stopped for jaywalking. The killing of a black, unarmed teen by a white police office has since put Ferguson, a majority black, working-class suburb of St. Louis, in the international spotlight – both for the racial undertones of the shooting, and also for the near-constant protests and subsequent police retaliation. No one denies that the situation is complex. But there is evidence that race determines how and what Americans think about Brown’s killing."
Read more: http://globalsistersreport.org/blog/three-stats-and-map/equality/ferguson-9506