Letter to President Trump to Take Action on Climate Change 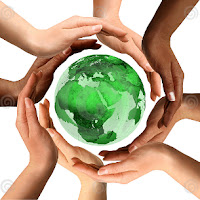 LCWR is partnering with the Catholic Climate Covenant to collect signatures on a petition to be delivered to President Trump shortly after the inauguration. While we do not have a delivery date set, we are aiming for a signature deadline of February 1.

As President-elect Donald Trump assembles his cabinet and advisors, we are facing major uncertainties for the future of U.S. climate policy. The President-elect has said he will withdraw the United States from the Paris Agreement—a commitment by 193 countries to solve the climate crisis. This agreement is supported by Pope Francis and is the result of years of negotiations.

Catholic Climate Covenant has prepared a petition to be delivered to the President shortly after the inauguration on January 20th. The petition calls upon our next president to honor our international commitments and to act to solve the climate crisis. As Catholics, we recognize our responsibility to advocate on behalf of creation and the poor. Our advocacy is now more important than ever. 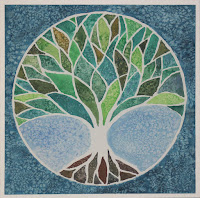 Please distribute the petition widely. Share this sign-on link with friends and family, your community and in your parish bulletin. For more ideas about how to promote the petition download our toolkit.

We have a very short window to gather as many signatures as possible. Please share the petition with friends and family, community members, gather signatures by tabling after Mass or during other church or school events, etc. Our goal is to deliver a petition signed by thousands of  Catholics calling on President Trump to honor the Paris Agreement, the Green Climate Fund, and the Clean Power Plan!

Here's the text of the Petition:

"Dear President Trump,
As members of the Catholic community in the United States, we are praying that your presidency may be blessed with wisdom and compassion. As you take office, we urge you to demonstrate bold leadership in addressing the climate crisis by honoring the Paris Agreement, contributing to the Green Climate Fund, and implementing the Clean Power Plan.
Because climate change is already harming millions of people across the U.S. and around the globe, Pope Francis has called national leaders to work together to address this crisis. Similarly, the United States Conference of Catholic Bishops (USCCB) strongly supports a national carbon pollution standard as essential to effective implementation of the Paris Agreement.
In order to limit the impacts of climate change on creation and on the human family, we urge you to:
An overwhelming majority of Catholics in the United States (73 percent) believe that government needs to do more to address the issue of climate change – a sentiment repeatedly expressed by Pope Francis and our Bishops.
As the leader of the most powerful country in the world, you have a critical role to play in solving this crisis. We urge you to take swift and meaningful action before it is too late."
Publicado por Jennifer Reyes Lay en 5:01 PM