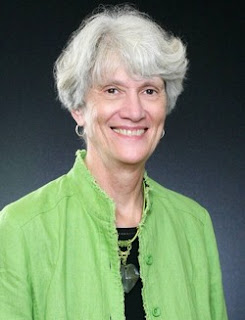 September 12, 2017 marked the three year anniversary of our dear sister Dorothy Ettling’s passing.  Fondly known and remembered as Dot, she was a woman of great faith, conviction, passion, and joy.  Her work for social justice and women’s equality in the world continues to live on through Women’s Global Connection which she co-founded with Sr. Neomi Hayes, and the Ettling Center for Civic Leadership at the University of Incarnate Word, which re-named itself in her honor as a commitment to keep her spirit alive in the work for a more just and equitable world.  We share with you this month reflections on Sr. Dot’s life from these two CCVI Ministries.

From the Ettling Center for Civic Leadership:
“Dorothy Helen Ettling was born in 1940 in St. Louis, Missouri, one of two daughters of Marie and Winn Ettling. She attended Incarnate Word Academy where she became acquainted with the Sisters teaching there and entered the Congregation upon graduation from high school. Her exceptional leadership skills were easily recognized and she earned her MSW from the Worden School of Social Work at Our Lady of the Lake University, San Antonio. After a noteworthy career as a social worker, Sr. Dot (as her friends called her) was encouraged to continue studies, and she earned the PhD in Transpersonal Psychology from the Institute of Transpersonal Psychology in Palo Alto, California.

Sr. Dorothy believed strongly in the power of Consecrated Religious Life and served as General Superior of her Congregation from 1984 to 1990. As a member of the Leadership Conference of Women Religious (LCWR) Board, she dedicated her remarkable talent to the envisioning of religious life after the Second Vatican Council. She facilitated this process in many religious Congregations in the U.S. and Canada. While recognized as a woman of great accomplishment, Sr. Dot was continually honing a quiet, contemplative style that inspired confidence. She manifested a unique ability to gather people in communities dedicated to systemic change. 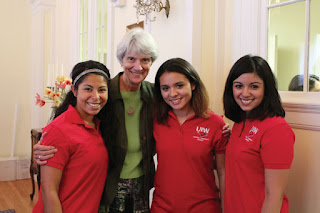 While Sr. Dot was anchored at UIW as a Professor of Organizational Leadership in the Dreeben School of Education, her creative energy knew no boundaries. Her latest project was bringing the Center for Civic Leadership (CCL) from idea to reality. A partnership between UIW and CHRISTUS Health, the Center is dedicated to promoting the common good for those in most need. Sr. Dot believed that the mission of the CCL is a legacy of UIW, CHRISTUS Health and the Sisters.
Sr. Dot's legacy, passion, and energy will be forever missed but will continue to progress via the work of many faculty, students and staff at The University of the Incarnate Word including the Ettling Center for Civic Leadership & Sustainability and the Cardinal Community Leaders Program.”

From Women’s Global Connection:
Dot's many published works and writings on the topic of sustainable and relational women's empowerment continue to speak to so many. Today we wanted to share some of her words that were foundational as she and Sister Neomi Hayes built WGC into the thriving San Antonio-based nonprofit that it is today.

Dot on cross-cultural learning...
"Creating the environment for mutual learning can be troublesome and time consuming. It raises questions of ethics and power relationships that must be faced in order to preserve integrity in the education or research process. When we recognize the bonds between theory, research and experience, we have to abandon the conventional attitudes of disinterest and disembodiment. We find that we are unceasingly formed as well as informed by our engagement." - Leadership for Action: Wedding Adult Education and Social Change, 2001 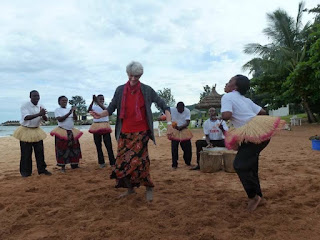 Dot on taking volunteers on service-learning immersion trips...
"We have found an interest in building a global solidarity and in working for the empowerment of women worldwide. We have seen the goodwill of many who have professional expertise to offer and who want to be connected." - WGC Global Ambassadors Concept Paper

Dot on becoming a true global citizen...
"At its core, the (WGC) mission is about transforming us from VIEWERS of a disconnected and conflicted international reality, to PARTICIPANTS in creating a more interconnected and responsive global community." - WGC Global Ambassadors Concept Paper