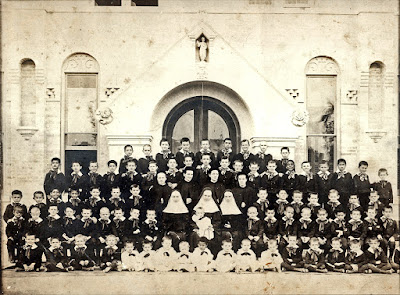 St. John's Orphanage for Boys, San Antonio, Texas, early 1900's
“Total Death List Eight” – so read the October 1912 Express headline. I was doing research in the Archives of the Sisters of Charity of the Incarnate Word, when our archivist showed me newspaper clippings describing the fire that burned down St. John’s Orphanage, October 30, 1912. Five of our community, the Incarnate Word Sisters who cared for the orphan boys, burned to death as they tried to get all the boys out of the blaze. They managed to get about 90 boys out, and three were lost.
The Express published the story and invited people to help. In the following days, the newspaper listed generous people who responded. Among those the Express noted: “Collections from the children of Temple Beth-El religious school, for the benefit of the little orphans of St. John’s Orphanage, by Rabbi Samuel Marks, $25” -- the equivalent of over $600 today.

This past May, fourteen of us, including graduate and undergraduate students from the University of the Incarnate Word, were on a Women’s Global Connection trip, “Peru: Service and Solidarity.” We were in areas where many homes did not have running water, and many people did not have clean water. The students reflected, “Do I recognize my social situation in the world or just assume that my circumstances are ‘normal,’ that having clean water is the reality for all?” One in nine people in the world lack access to safe water. The students were given an opportunity to act, helping teach workshops on clean water, sharing water filters and how to use them. The students were developing compassion. 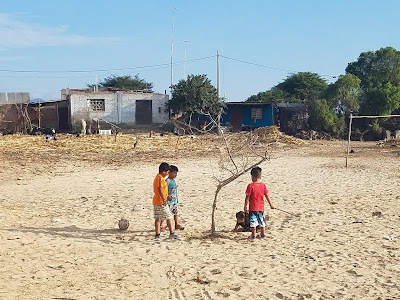 Families that did not have water in their homes, Chimbote, Peru


Do I recognize my social situation in relation to that of others? Do I see how many benefits I have? Will I reflect on the humanity I share with those in other circumstances? Will I act for the common good?

Opportunities are growing in our city. The Interfaith San Antonio Alliance is inviting us as local faith communities and as individuals to see the homelessness, lack of affordable housing, and gentrification. The City of San Antonio’s Faith-Based Initiative is also calling for cooperation to address the root causes of those and related ills—generational poverty and economic segregation. SACRD.org empowers us to connect our struggling neighbors to abundant resources and transformative relationships. As the little children at Temple Beth-El reflected on the children at the Catholic orphanage who were homeless after the fire, will we reflect and act in ways that we can?

UIW has a new Interfaith Youth Core grant for building understanding and compassion in the face of growing hate crimes in the world. How are we as San Antonio Buddhists, Christians, Hindus, Jews, Muslims, Sikhs, those of Native religions, and others of good will uniting in compassionate actions from first grade on?

In June a group of UIW students through the Ettling Center for Civic Leadership and Sustainability went on a “Service and Solidarity” trip to the Rio Grande Valley and worked with ARISE, a network that offers summer camps for disadvantaged children. 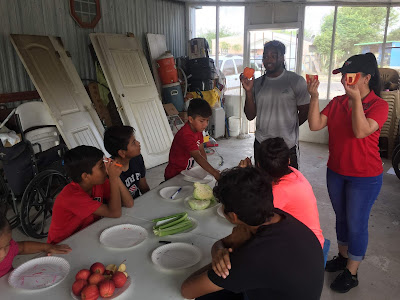 A couple of years ago when I was getting information to help our students understand the context of ARISE near the border, I discovered that the Mexico-US border is the only place in the world where such an extreme contrast of average incomes meets. The average income in Mexico is $8,610/year,  in contrast to $56,850/year for the US. However, on the World Happiness Index, the contrast between the two countries is not as great. In “happiness,” the US ranks 18 out of 156 countries and Mexico ranks 24 out of 156 countries. The Happiness Index not only considers income, but also social support, trust, generosity, healthy life expectancy, and freedom. Mexican generosity and social support are bringing happiness. What could we who are focused on making money learn from them?

How can my small daily actions contribute to our “San Antonio family plan”?  How can actions contribute to our “global family plan,” the United Nations Sustainable Development goals? Am I recognizing local and global connections? Connections with the environment? Am I connecting with my own family more? How do my actions align with the Charter for Compassion?
I listen to young people who are serving others. I hear them starting to realize that what we give in life can bring more joy than what we get. The hearts of the children of Temple Beth-El connected with the orphaned children. My retired cousins Ann and Ray used to take their grandchildren to help serve the hungry once a week. How am I spending my summer? How am I leading youth this summer?