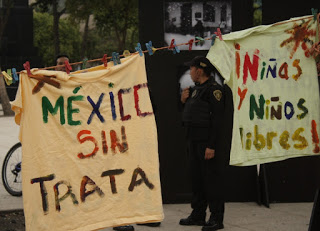 After the Training Workshop Against Human Trafficking in 2016, organized by Talitha Kum, a new religious network in Mexico was formed to combat human trafficking: Rahahim (womb of mercy). Since October 2016, seven religious congregations have met together: sharing new information, going deeper into the Palermo Protocol, organizing for the prevention of trafficking in different areas, understanding more closely the crime of trafficking in our country, and increasing our training.

Some of us participated in the Meeting Against Human Trafficking organized by the Chamber of Deputies where they presented interesting work going on to rescue victims of human trafficking. However, it is also clear that current laws do not effectively protect victims, and there is lack of an adequate anti-trafficking budget in Mexico.


It is painful to see impunity in the face of sexual abuse of minors, trafficking in the indigenous community of Las Chamulas, and to know that Mexico has become a springboard that takes many young women abroad from Cancún, Colima and CDMX. We are deeply concerned about violence towards women and how women have been objectified in our society. 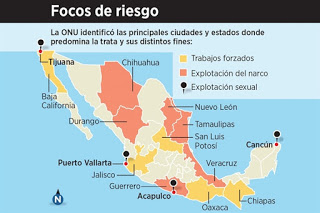 In light of this reality we ask ourselves, how do we fit in? And it is that we need to continue working against this crime that day by day captures more victims. We have shared some congregational initiatives to prevent trafficking and care for survivors, all of which require us to promote and share how we are involved in the fight against human trafficking through research, training, prevention and/or care.

As Sr. Marcela says, we must become aware of what it means to work in a network from the standpoints of communication, articulation, collaboration and coordination between the Religious Congregations and with people from other organizations. Perhaps a step towards this will be our participation, as Red Rahahim, in the Latin American Seminar of Religious Life in response to Human Trafficking that will be held in Colombia from August 18 to 20, 2017.

In general this is what we are doing since Rahahim started.  The progress is slow because not all are on the same level; some of us need to make our work more concrete.  But there we go, for the time being - raising awareness and publicizing this crime so that it is seen because it is something happening more frequently than most people think.