Reflecting on the Life of Peacemaker Betty Reardon 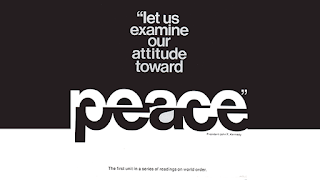 In Betty Rearden’s 90th year of life, we can learn from her pioneering work and carry that forward.

“Issues and Themes in 6 Decades of Peacelearning: Examples from the Work of Betty Reardon (Post #1)
Unless this process of disarmament be thoroughgoing and complete and reach men’s very souls, it is impossible to stop or to reduce armaments, or – and this is the main thing – ultimately to abolish them entirely. – Pope John XIII, April, 1963

The 1960s have been recorded as a turbulent divisive decade as will the one we live through now. Two of those years had particular relevance to the theme of this series, 1963 and 1968. 1963 was the year of the promulgation of the Papal Encyclical Pacem in Terris, the delivery of the “American University Speech,” Toward a Strategy of Peace, and the deaths of their authors Pope John XXIII and US President John F. Kennedy, losses that dimmed the hopes for peace kindled by the common message both had put forth to the world. Yet, it was also the year of the Nuclear Test Ban Treaty that emerged from the movement that in 2017 brought the UN to adopt the Treaty on the Prohibition of Nuclear Weapons. Indeed, in these events are the roots of the current global politics we seek to illuminate in our practice of peace education, and inspiration for the renewal of action on disarmament. . . http://www.peace-ed-campaign.org/let-us-examine-our-attitude-toward-peace/