LINK BETWEEN POVERTY AND INCARCERATION 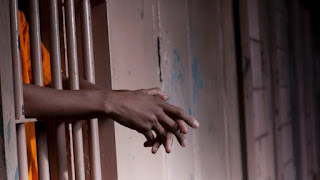 From an article on The Root, by Lottie Joiner

The link between incarceration and poverty was the subject of a White House summit in which academic scholars, government officials and advocates for criminal-justice reform met to discuss the impact of monetary penalties such as fines, fees and bail on the poor and people of color. The daylong discussion included remarks by Michael B. Jordan, who is currently starring in the film Creed and who portrayed Oscar Grant in the movie Fruitvale Station; and David Simon, creator of the popular HBO show The Wire, which shed light on Baltimore’s criminal-justice system.

The convening was the latest effort by the administration to reform the criminal-justice system, according to White House Senior Adviser Valerie Jarrett. The goal, she noted, was to “highlight practices that aren’t helping society but are hurting society.”  “There is no way we’re going to have an equal and just society unless we tackle criminal-justice reform,” she said. Part of that reform, of course, involves examining the disparities that exist within the system.

Cynthia Jones, a professor at American University’s Washington College of Law, noted at the forum that black and brown people are overrepresented in the criminal-justice system and in pretrial detention because of money. “If you live in a place where money is used to determine whether someone who has been arrested has been detained or released, there are racial and ethnic disparities,” said Jones. “When you use money, it has a disparate impact on the poor.”

The Council of Economic Advisers report, titled “Fines, Fees and Bail: Payments in the Criminal Justice System That Disproportionately Impact the Poor,” found that monetary penalties for infractions, misdemeanors or felonies place “large burdens on poor offenders who are unable to pay criminal justice debts.” Though the essential promise of our criminal-justice system is equal justice for all, Lynch said, “It has become painfully clear that an individual’s access to justice is predicated on their ability to literally pay for it.”

PRAYER:  Holy Spirit, Author of Life, Inspire us to protect the gift of creation, and to assist those in poverty, who suffer the most from environmental harm. Blessed Trinity, Communion of Love, Help us to love our global neighbors and those displaced from their homes by welcoming refugees and immigrants and reducing poverty in other countries.  Abba, through your Son and by the power of the Holy Spirit, Help us to recognize your face in all those affected by global poverty and fill us with the love and fortitude we need to confront its causes.  Amen
Publicado por Oficina JPIC CCVI en 8:49 AM